The food is always the best part about watching any Korean film or tv show. When Chung Sook makes Ram-Don in Bong Joon Ho’s “Parasite” (which is now on Hulu), […]

The food is always the best part about watching any Korean film or tv show.

When Chung Sook makes Ram-Don in Bong Joon Ho’s “Parasite” (which is now on Hulu), I know I wasn’t the only one who didn’t know what it was but wanted to try it ASAP. 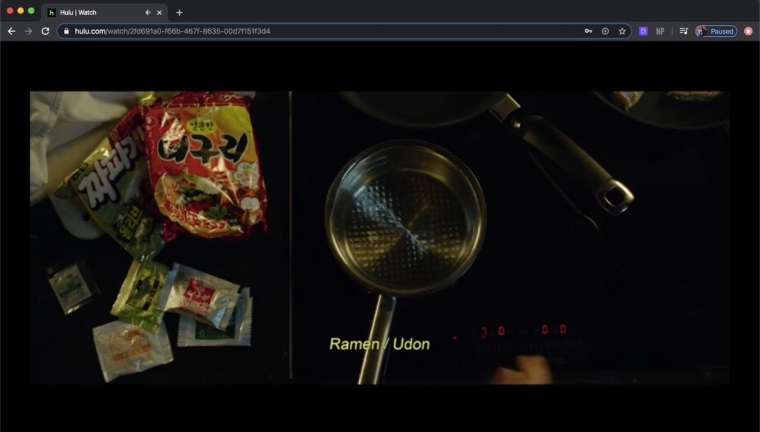 Ram-Don is the combination of two popular instant noodles:

Two of my favorite foods are jajangmyeon and ramen, so mixing them together and adding steak? Come onn.

The store was completely wiped clean of the Neoguri noodles, so I went for the Paldo Spicy Seafood instant ramen instead.

I [mostly] followed the steps of my favorite Korean food blogger/YouTuber, Maangchi to make this recipe. You should definitely check out her blog and YouTube channel for the best Korean food #content. 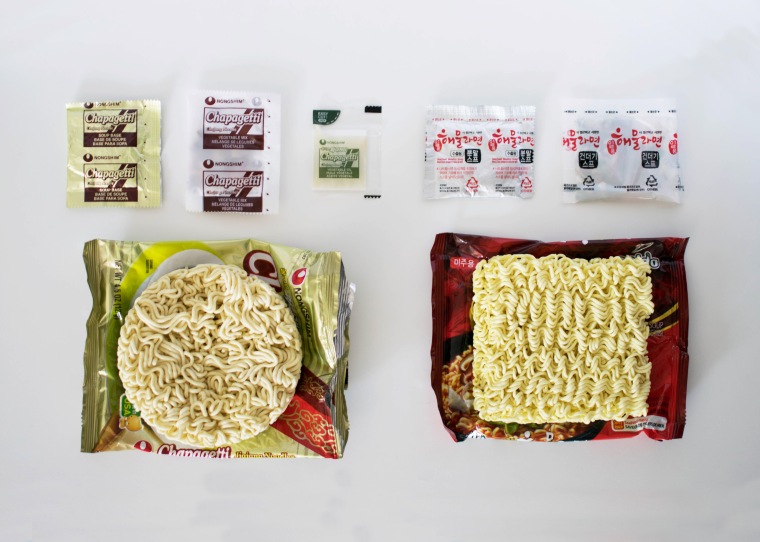 Wanting to make the dish as close to the movie’s version, I bought a 10 oz. organic grass-fed ribeye steak (this one is from Trader Joe’s). The quality of steak they used in the movie isn’t even available in the U.S. sooo this was the best I was going to get.

Also, this definitely shows the social status of the family in the movie… Goodness. The most expensive instant ramen I’ve ever made right here. 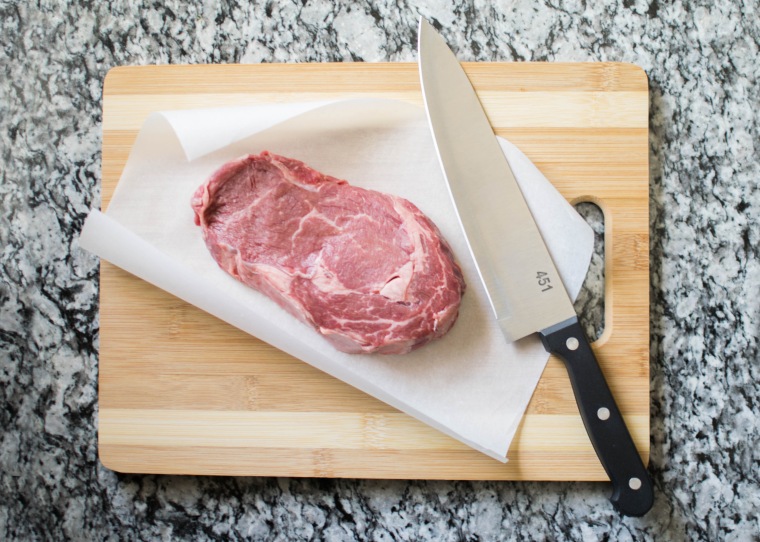 I only used half of the steak, cut it into cubes, seasoned it with sea salt and pepper, and cooked it on the stovetop with a teaspoon of vegetable oil over medium-high heat.

Cook until brown, add 1 tablespoon of butter, sauté a few more minutes, then set aside. 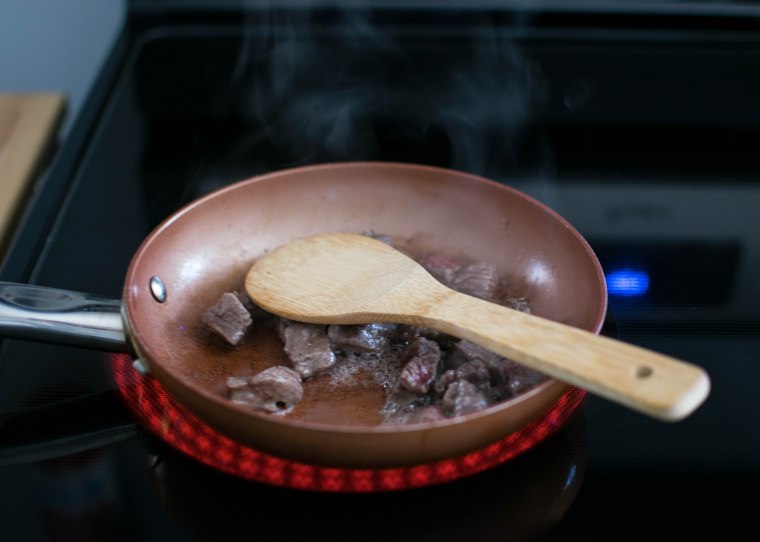 In Maanchi’s recipe, she boiled 3 cups of water for the noodles– I did about 4. 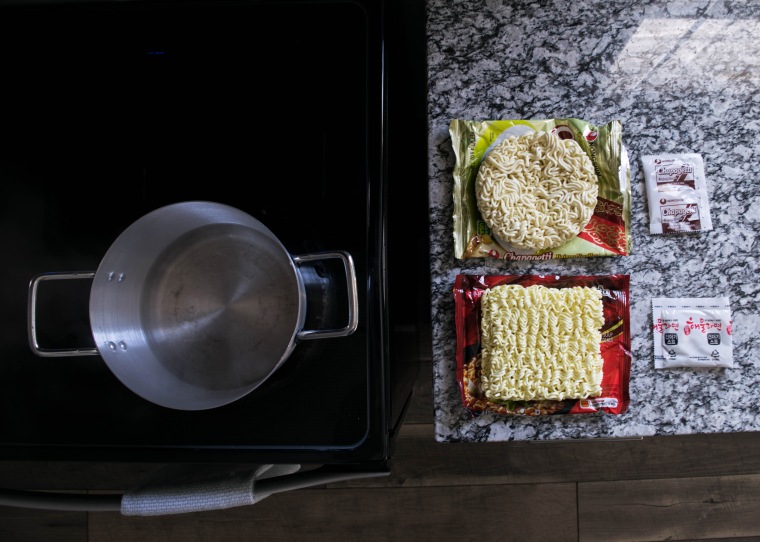 As the water was continuing to boil, I chopped one stalk of green onion to garnish and prepared some quick side dishes to eat with with Ram-Don. 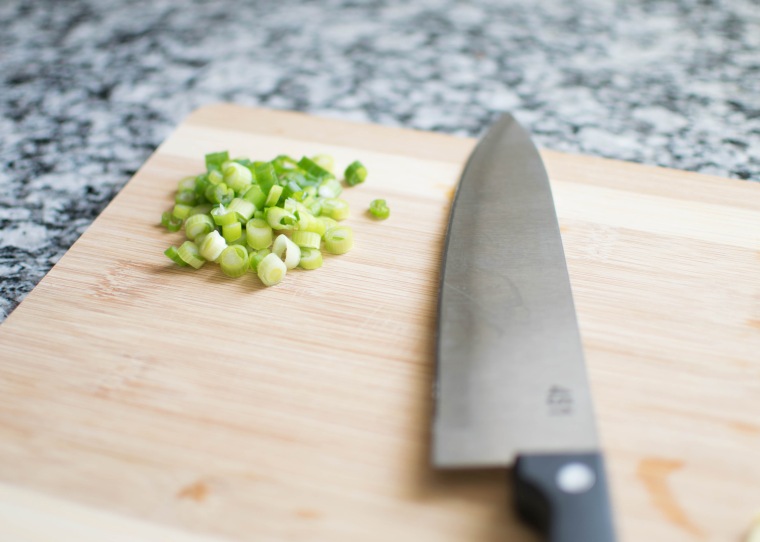 No Korean dish is complete without Kimchi and Daikon radish.

I added both packets of noodles to the boiling water as well as the flakes that come with each one. 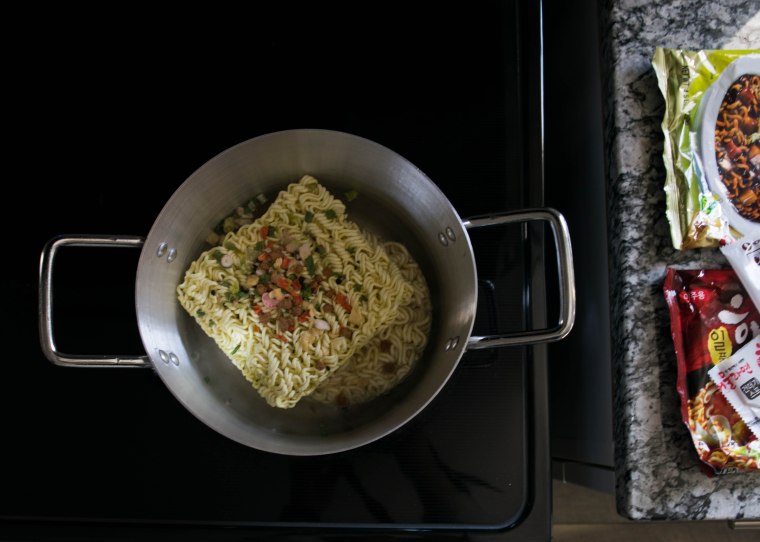 Boil until noodles are soft and stir so all of the flakes are well incorporated.

I like to cook mine until most of the water is absorbed. 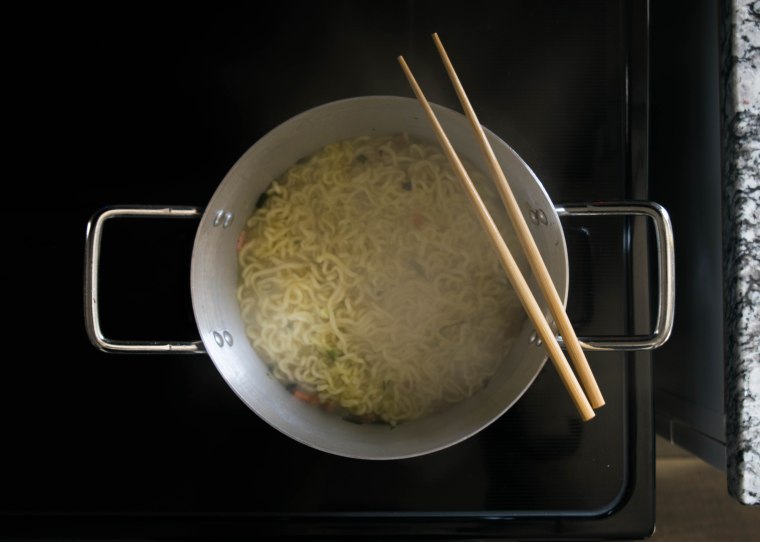 Then I added the jjajjang sauce packet and only half of the spicy mix per Maanchi’s suggestion.

Time to add our steak and oil packet. 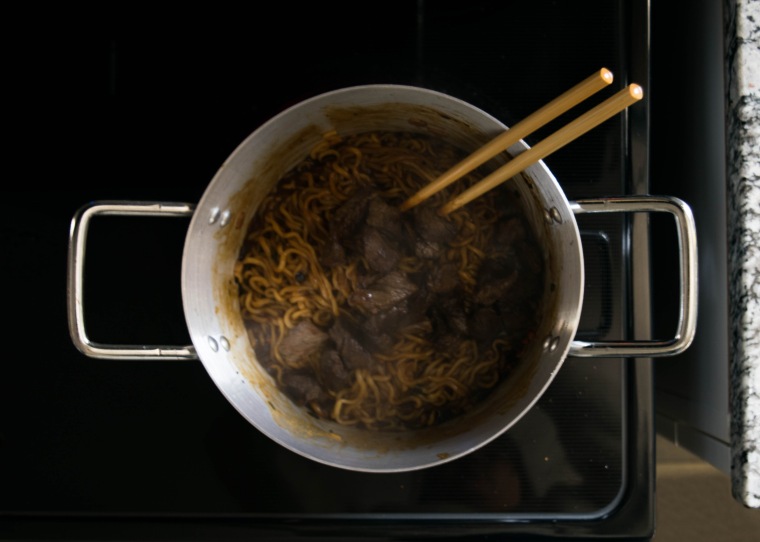 Top with the green onions, grab the side dishes, and now the Ram-Don is ready to eat! 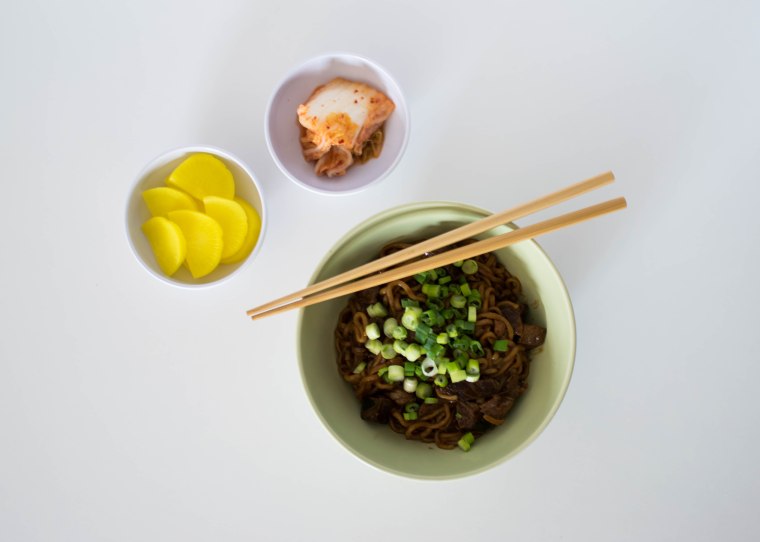 Since it uses two ramen packages, it made enough for me to have two meals.

Perfect for sharing too ❤ 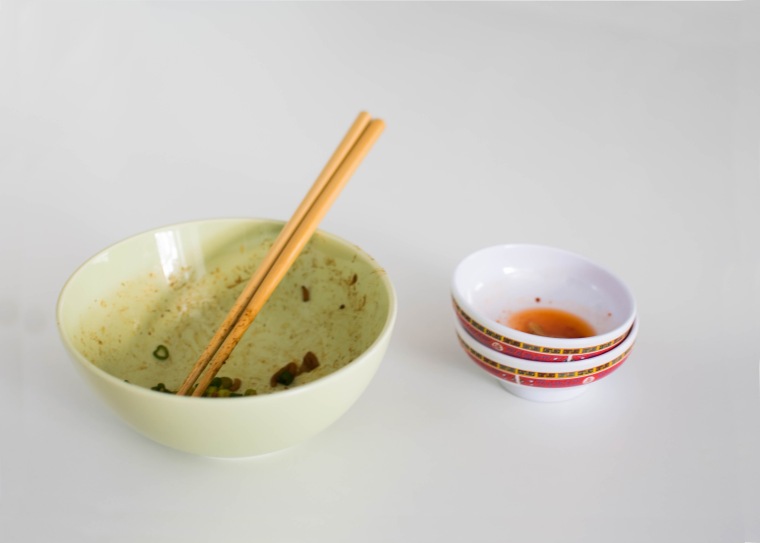 Overall thoughts: I wish I added the whole packet of spicy seasoning (ya girl likes spicy), and I think it would be incredible with Korean beef bulgogi instead of normal steak.

Nonetheless, I am still looking forward to the second serving I set aside for tomorrow O.o

Give it a try for yourself and enjoy while you watch Parasite!

This site uses Akismet to reduce spam. Learn how your comment data is processed.